www.univapo.com is the ONLY official website of Univapoas well as the ONLY site to verify the authenticity of the product purchased.
By entering this website, you certify that you are of legal age to purchase tobacco products in the state where you reside.
UNDER 21
21+(ENTER SITE)
Age Certification
WARNING: This product contains nicotine. Nicotine is an addictive chemical
Our products are restricted to adults 21+

Vaping is an alternative to smoking. A battery is used to heat specialised liquid, producing vapor that is inhaled. 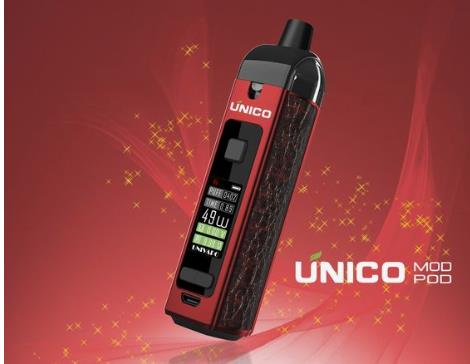 Vaping is the act of inhaling aerosolized liquid from a tool, in some cases called a vape pen or an e-cigarette. The tool is full of vape liquid, it heats up, the fluid is aerosolized right into countless tiny droplets, and after that inhaled.

What does vaping do to your lungs?

Compared with regular cigarettes, e-cigarettes have very low harm and are the best choice for people to quit smoking. But there is no denying that e-cigarettes have been found to have chemicals and particles that have been linked experimentally to lung disease, including asthma and chronic obstructive pulmonary disease (COPD). Vaping can also cause lung inflammation, which has been linked to chronic lung disease as well.

What’s in the liquid ?

Vape companies call it “juice,” .There are so many candy flavors to choose from., cakes, and fruit. But it’s not flavored air. And it’s not just water. Vape liquid is a mixture of highly addictive nicotine, potentially harmful chemicals, and other additives that can damage your body.

What’s in the vapor ?

The weird thing about vaping is that the aerosol emitted from these devices almost always contains chemicals that weren’t originally added into the liquid. How can that be? It’s because heating the vape liquid produces dangerous byproducts, including heavy metals like lead, aluminum, and nickel. It’s chemistry at work. And it means that you can’t avoid those chemicals by mixing your own liquid or buying local or organic versions.

But someone’s in charge of vaping to make sure it’s safe, right?

Although the U.S Food and Drug Administration (FDA) has authority over the manufacturing of vape products that contain nicotine, there is nobody watching what goes into the products that claim to be non-nicotine. It may be years before the FDA considers regulating chemicals used in vape products.

Just ask the chemicals that have been found in vape liquid and vapor.

We call them The Chemical Crew.

They’re all hardworking with jobs that make sense. But when they find out they’re sometimes getting inhaled via vape liquid, they get upset. Which they should, since they can seriously harm your body. Find out what they’re doing to Escape the Vape!

What about vaping cannabis? What is it and is it safe?

Vaping is one way to consume cannabis, and like tobacco, it’s not necessarily a safer alternative, particularly for a developing brain (through age 25). Any cannabis use can have long-term effects on the developing brain, negatively impacting attention, school performance, and learning, as well as placing youth at greater risk for mental health problems.

Remember, you need to be 21 years old to legally use cannabis in Washington state and for all consumers, it is illegal to use cannabis in public or drive while under the influence.